First flight took place on 04 April 1951, but it is unknown which aircraft was involved. Probably this first flight was made by the so-called HTK Dogship, which was flying with civilian registration N400A (see below) 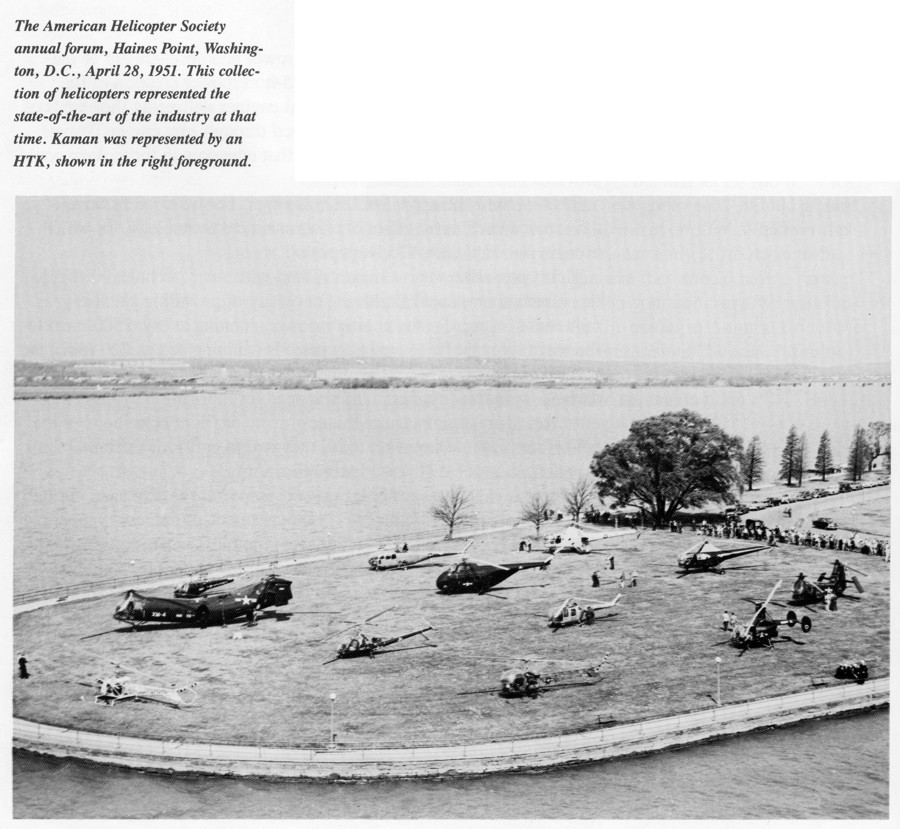 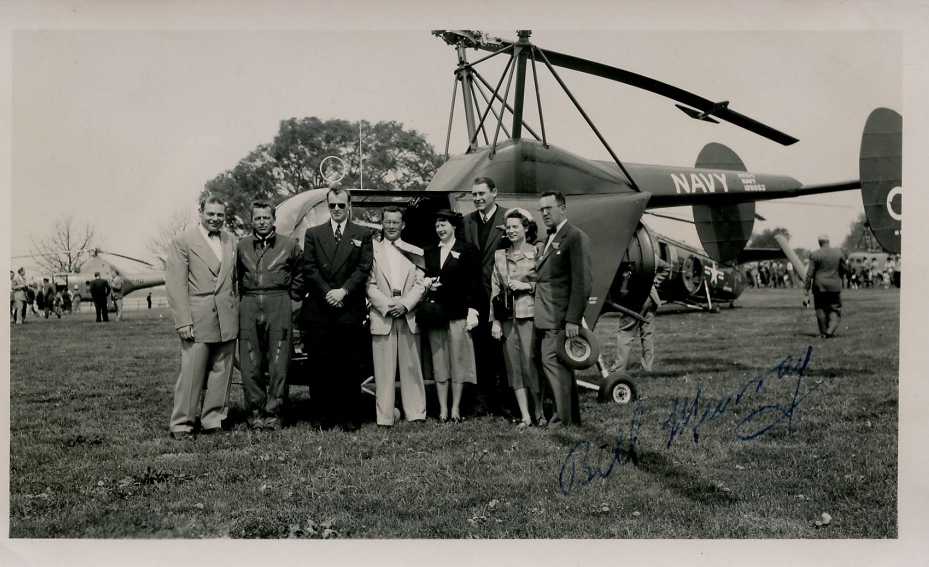 According to an article in "Aeroplane Monthly" , June 2006 , by Howard Levy , the first development of the XHK-225 was the HTK Dogship, with civil registration N400A.  Would this N400A be built on an existing K-225 airframe with the purpose of having a test aircraft ready before the first production HTK-1 would be available ??

The title "dogship" used by author Howard Levy may refer to the following : (from the website of  Piasecki Aircraft Corp.)  “………., Piasecki piloted the world’s first successful tandem helicopter. The first tandem was called the "dogship" because it was a flying mock-up, and was flown as a control demonstrator”  (comment by Ragay) 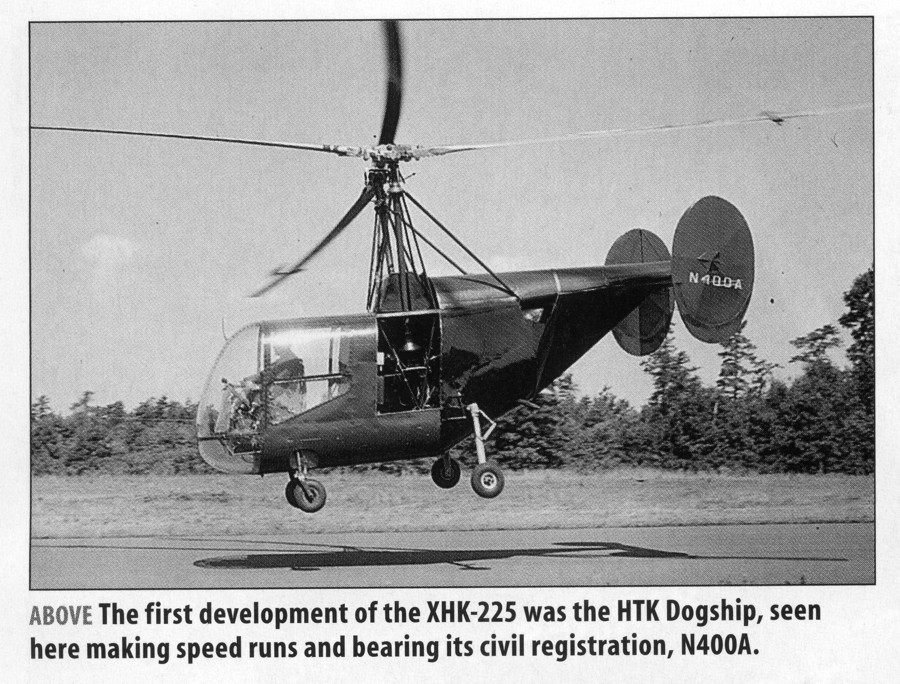 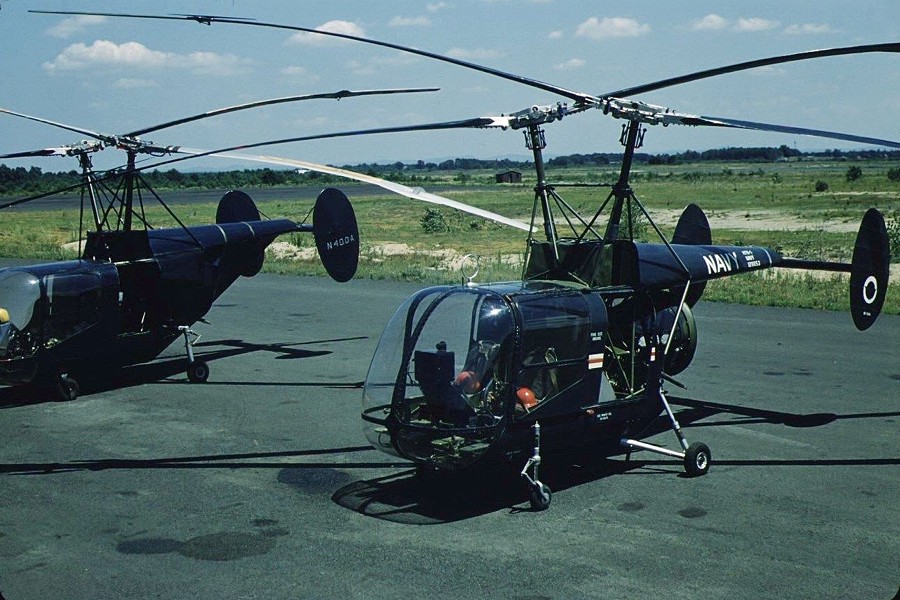 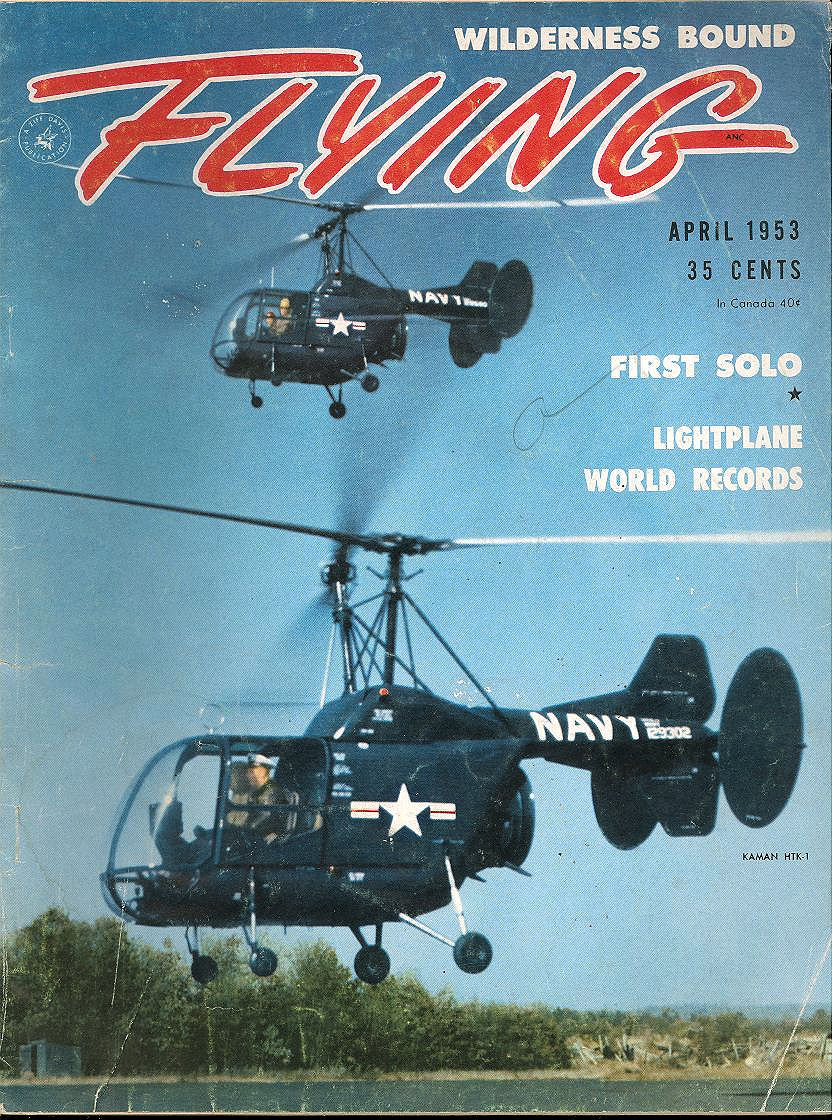 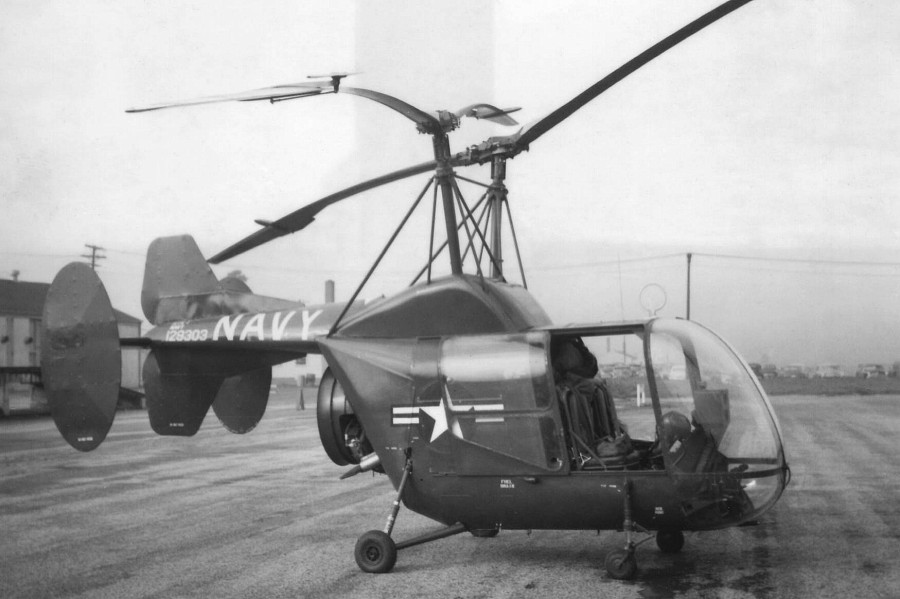 Several major modifications set the production HTK-1 apart from the prototype HTK which made its debut at the American Helicopter Society Forum, Haines Point, Washington, DC on 28 April 1951. Changes include shortened tailboom, added fin area, and aerodynamic changes in the rotor blades.  Shortening the tailboom caused a loss of tail movement arm , so the area of the outboard fins was increased from  10 ½  sq. ft. to 12 ½ sq. ft., and ventral and dorsal fins, each of 8  1/3  sq. ft., were added on the tailboom. The production HTK-1 had newly designed blades that are narrower than the old blades, widening at the servo-tab, and tapering toward the tip. The flexible blades are actuated by the servo-tabs, a distinctive Kaman feature.

Pneumatic floats could be fitted as needed, making it an all-terrain helicopter. Thus equipped, it was initially demonstrated to the US Navy on 28 April 1953. 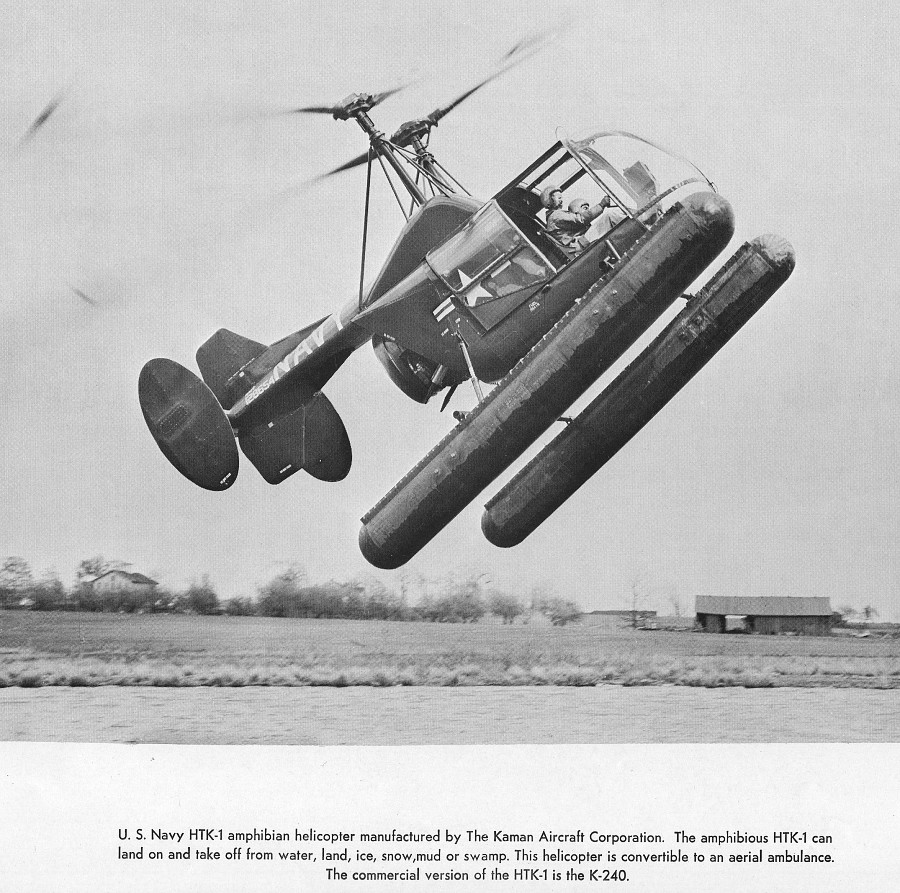 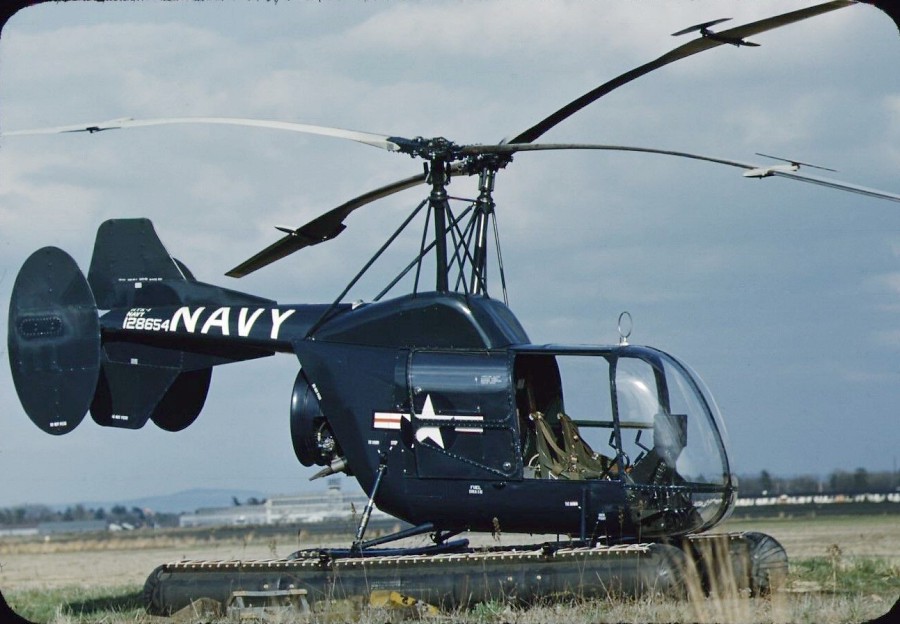 The HTK-1 was so simple to fly that student pilots soloed in that machine after less than two hours dual time. (comment by pilot James M. Middleton - “Rotor & Wing International”,  April 1989 , page 16 ) 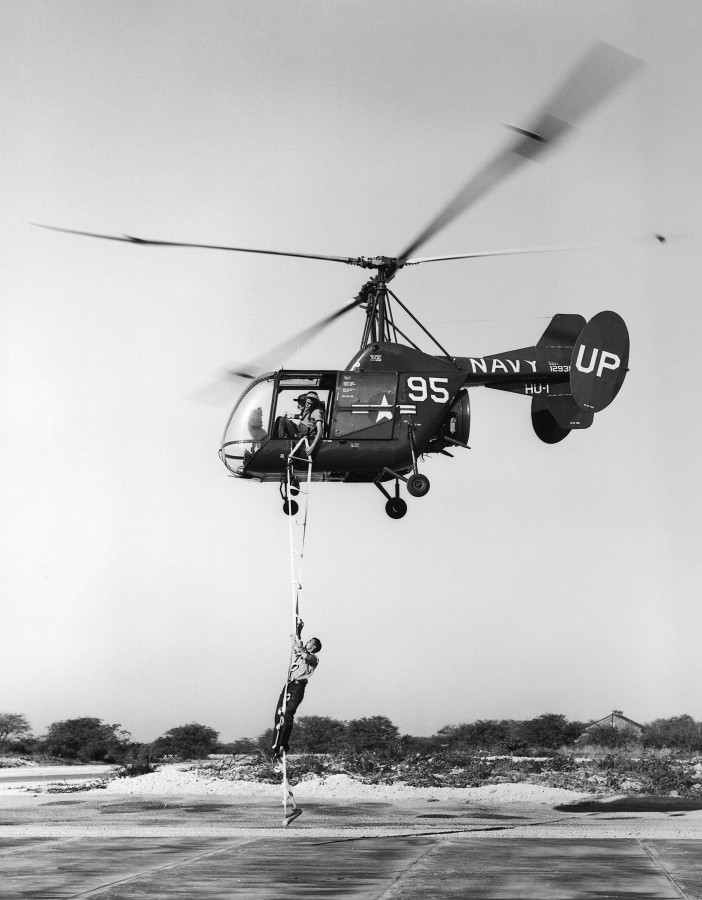 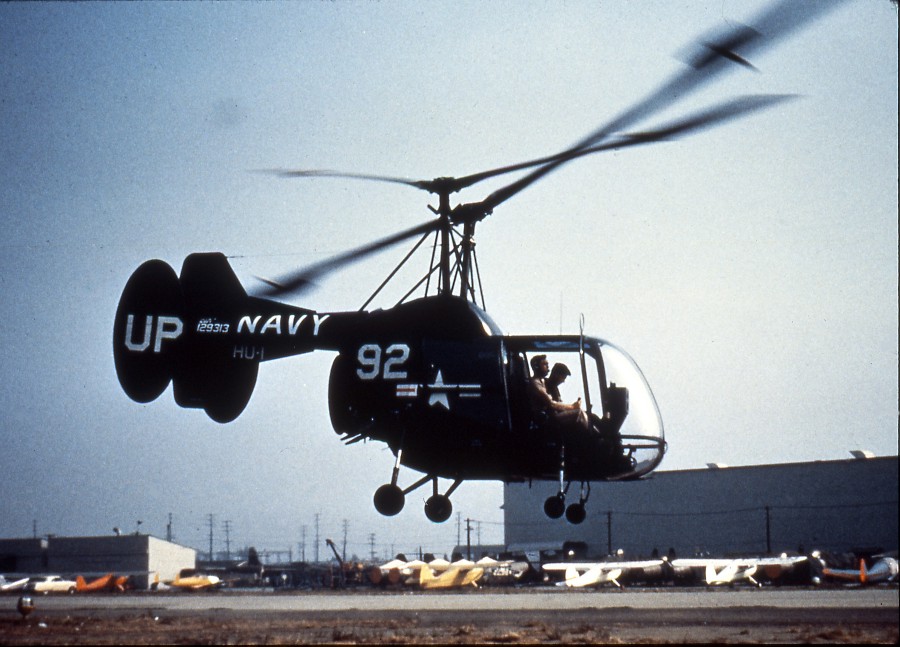 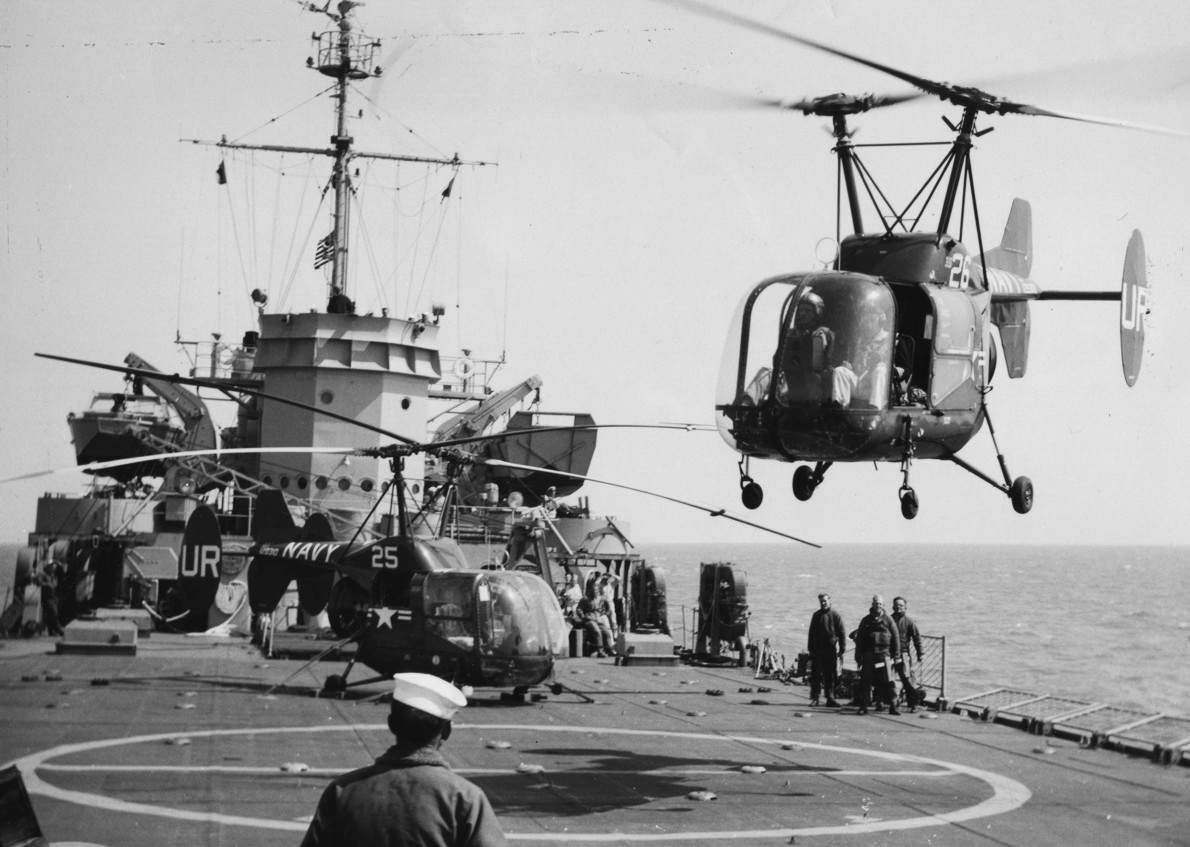 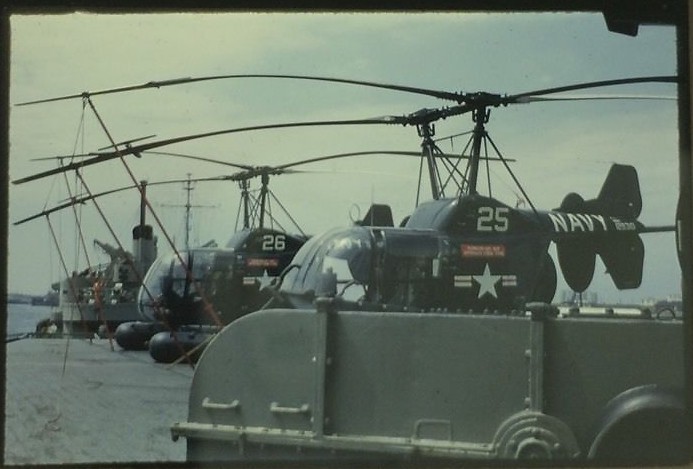 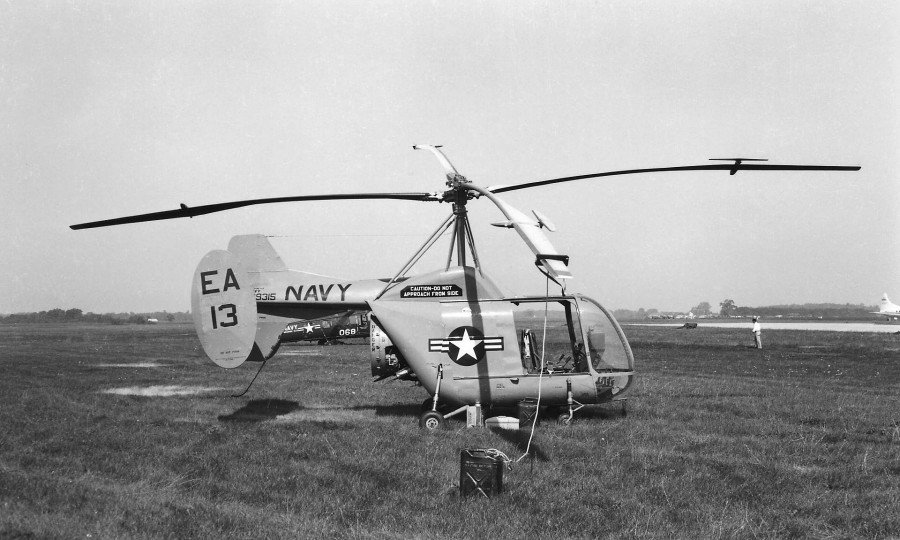 On 26 March 1954 a production HTK (BuNo 128657) fitted with two 190 e.s.h.p. Boeing 502-2 turbine engines made its maiden flight at Kaman’s Bloomfield plant in Connecticut. The research programme was a joint US Army/US Navy endeavour, but the helicopter wore only Navy markings, and was evaluated at the NATC. The twin-turbine HTK was Kaman’s fifth “world’s first” rotorcraft accomplishment. 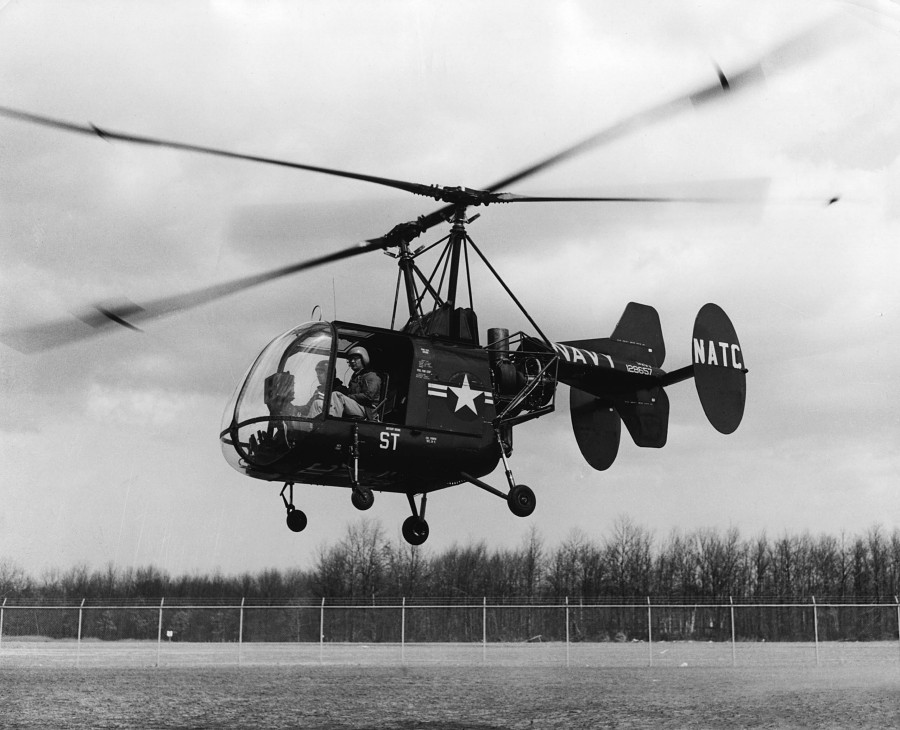 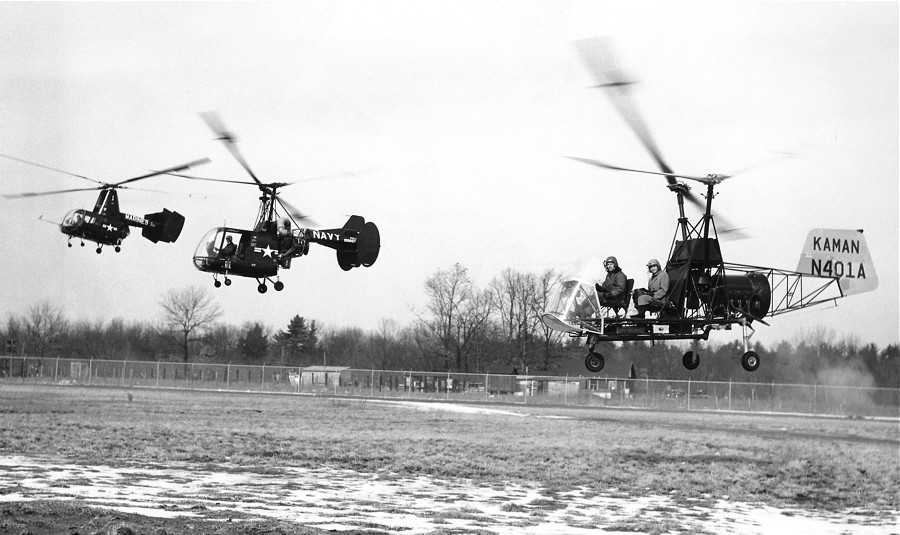 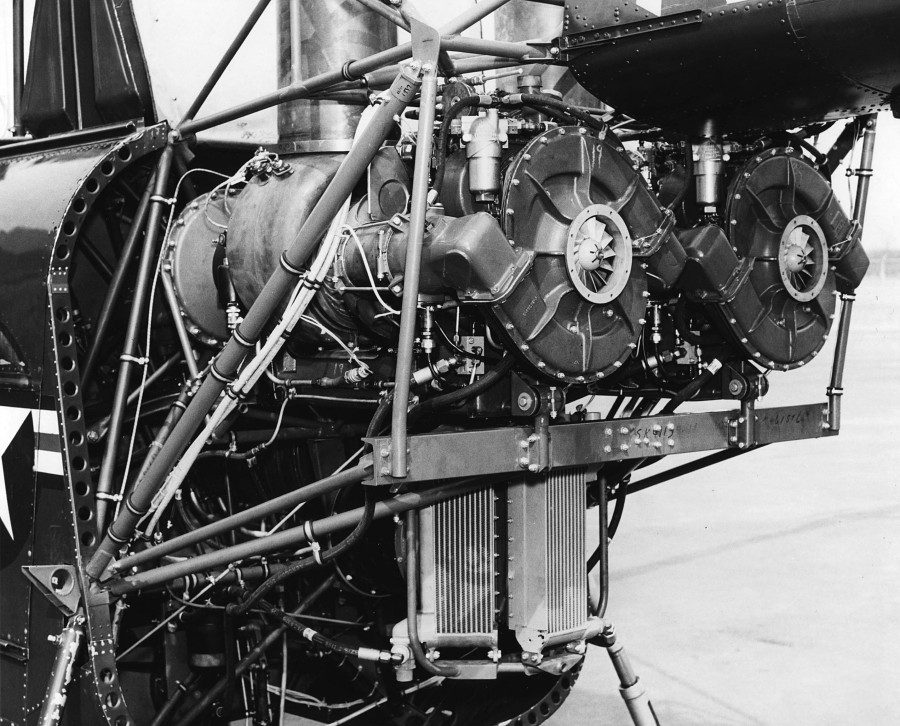