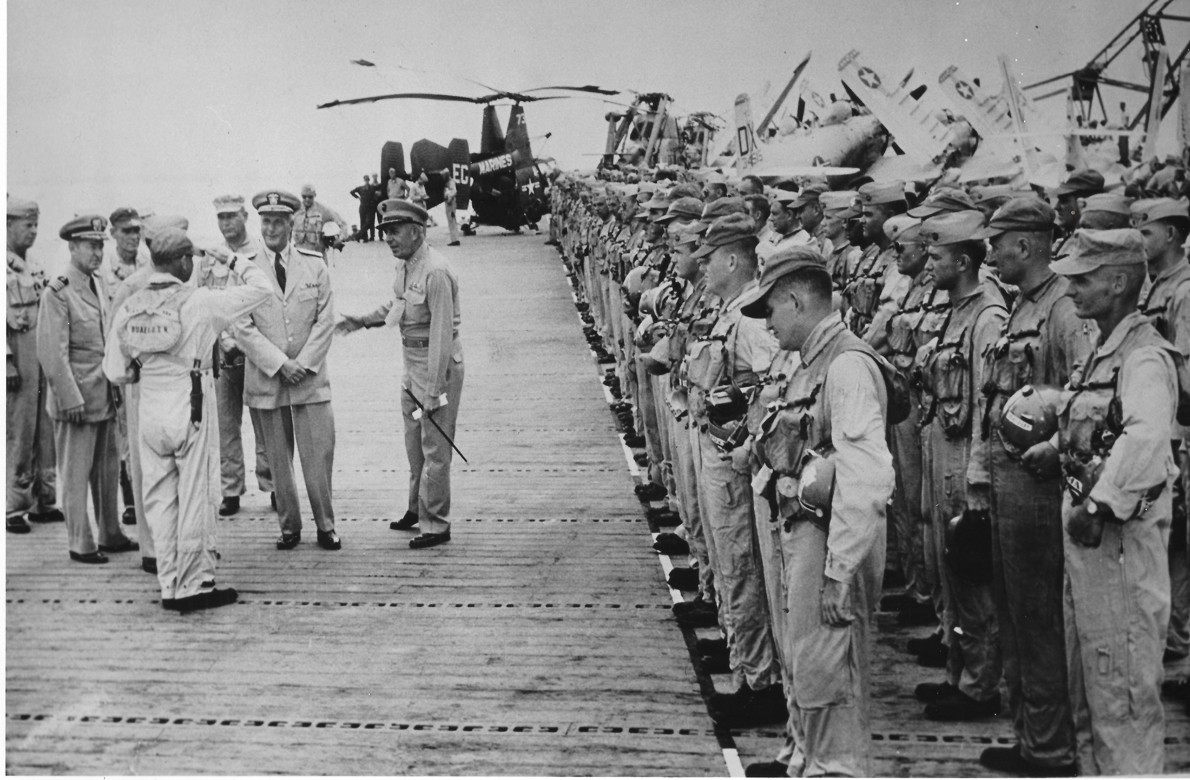 HOK-1   EG 73 seen here on board  of an aircraft-carrier. This Kaman Aircraft Corp. photograph, No. 2649-1, dated 29 July 1958 (collection  Mr. A.D. Rita)  is supposed to be taken during an Operation in the Mediterranean Sea . No further information from the photograph, unfortunately.

Because of the pressance of Skyraider DX 34515 , a search over the Internet revealed the following. The "DX" tail-code belonged to VMA-324. The website of Marine VMA-324 squadron has the following historical fact : September 8, 1957  -  Sailed on the United States Ship Lake Champlain from the Marine Barracks Annex, Bayonne, New Jersey for Operation DEEPWATER.

The Wikipedia page for Operation DEEPWATER confirms that the operation took place in the Mediterranean Sea during the Fall 1957. USS Lake Champlain CVS-39 was there, as well as VMA-324 with Skyraider aircraft.

Unfortunately the Wikipedia page does not mention the pressance of aircraft of HMR-263 , so maybe the HOK was an extra to the operation.

Which maybe relevant, because , according to the data of assigned aircraft, no HOK aircraft were assigned before 01 June 1958.