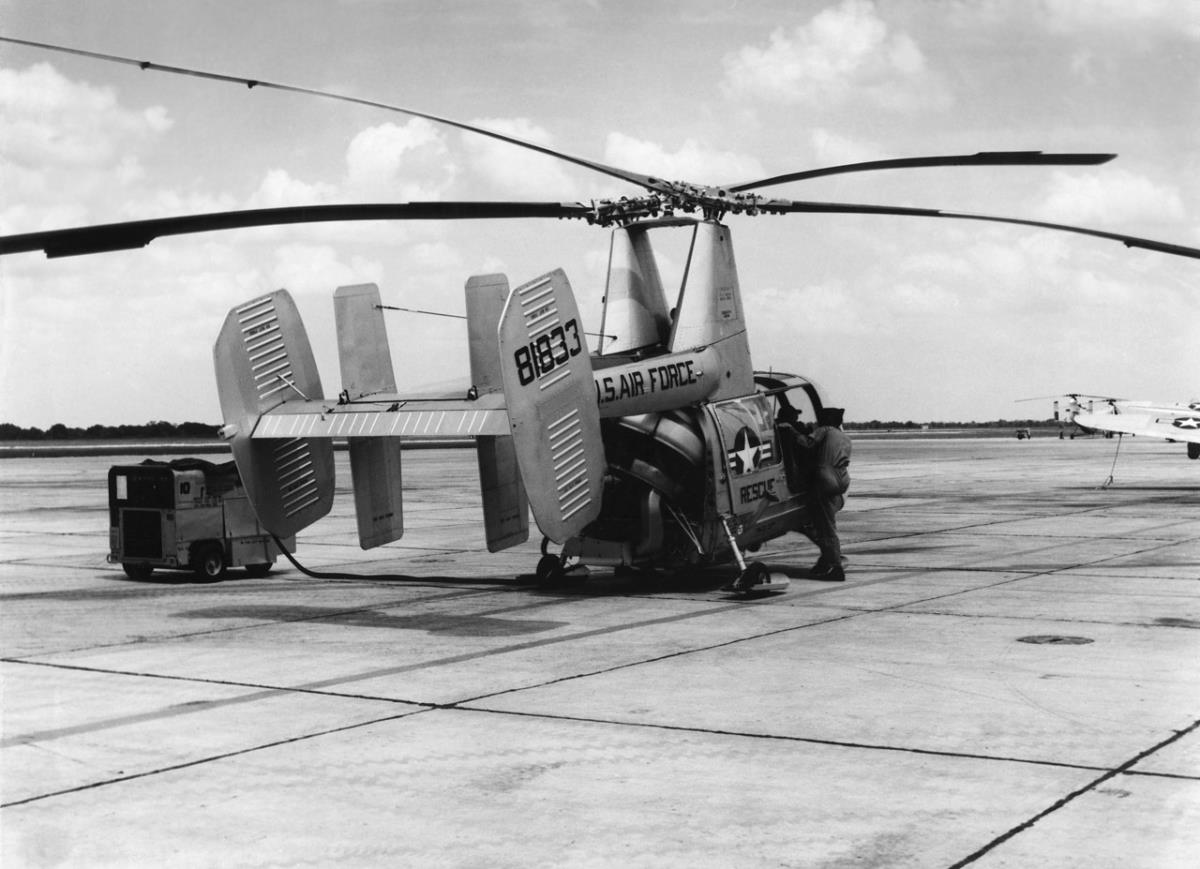 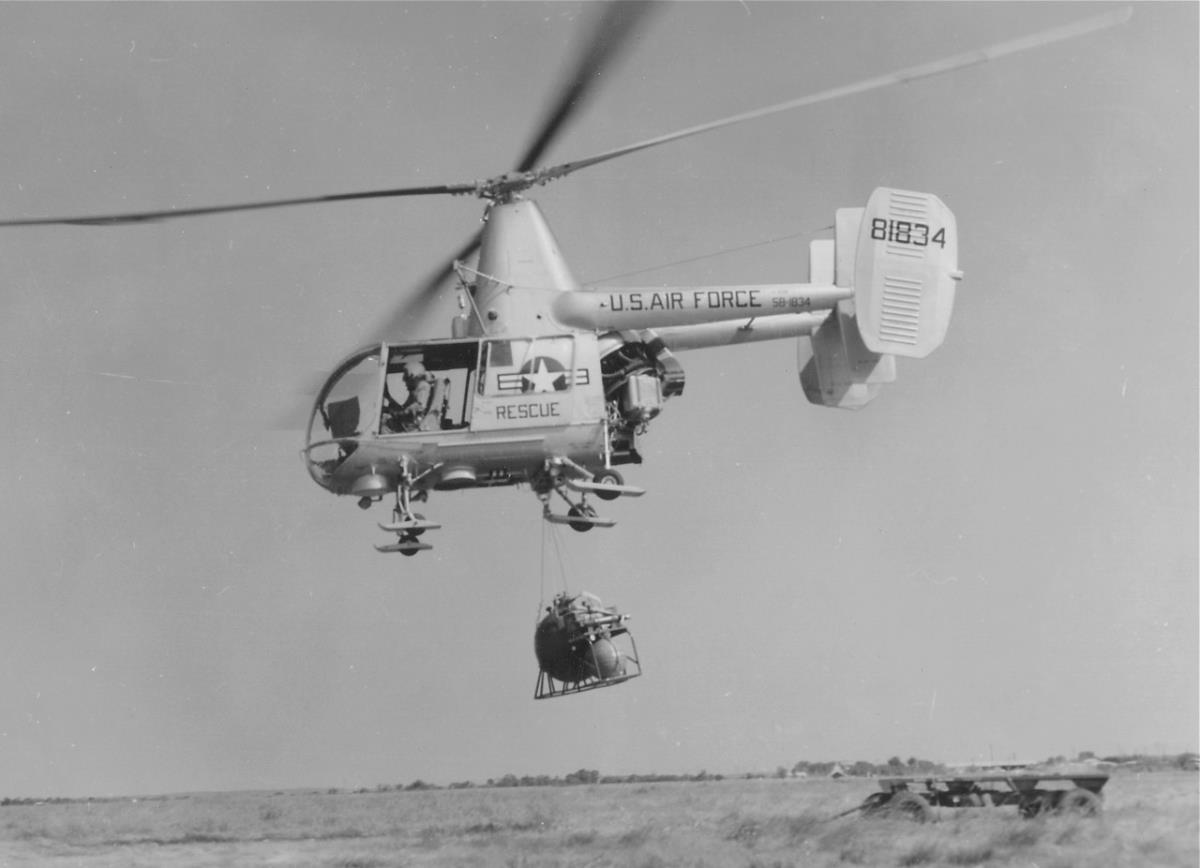 An Air Force H-43A rescue helicopter and its crew have been credited with saving the lives of 11 crewmembers of a Strategic Air Command aerial tanker which made a crash landing near Randolph AFB, TX on 04 November 1960.

Quick action by the helicopter and its rescue crew prevented a serious explosion and fire when the big KC-97G tanker crash-landed in a field after three of its four engines quit five miles from Randolph.

The tanker was on its way from Davis Monthan AFB, AZ  to its home base at Plattsburgh, New York, when, near Randolph Field, it developed trouble in three engines in rapid succession. To add to the problem, the third engine caught fire.

After declaring an emergency, the pilot of the KC-97G headed for Randolph but was unable to make it. The H-43A crash-rescue helicopter, which took off on first word from the crippled aircraft, followed the tanker in its landing procedure.

Almost as the big craft slid to a stop in a plowed field, the H-43A  landed a fire suppression kit which it had been carrying on its cargo hook and its fire fighting crew. The crew had put out the engine fire before it could ignite 4,000 gallons of high octane aviation gasoline. Approximately a minute's time has elapsed from the time the plane crashed and the 'copter touched down.

Base officials credited the pilot's skill in handling the helicopter's rotor downwash, and the quick availability of fire fighting equipment and crew at the scene, with the prevention of the loss of 11 lives and a valuable aircraft.

(Source  :  “A chronological listing of rescue reports as received from the field by the Kaman Aircraft Corporation”) 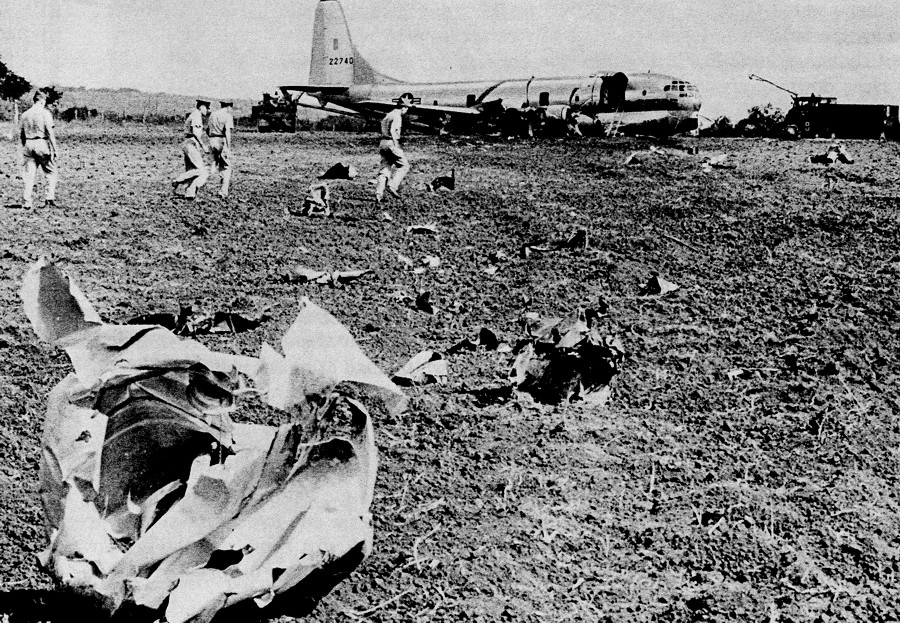 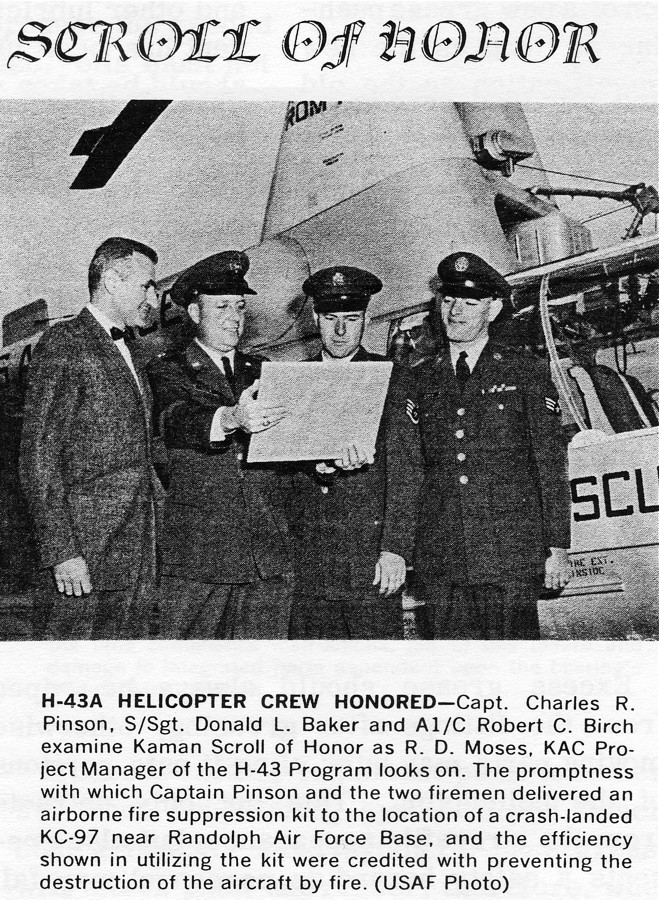 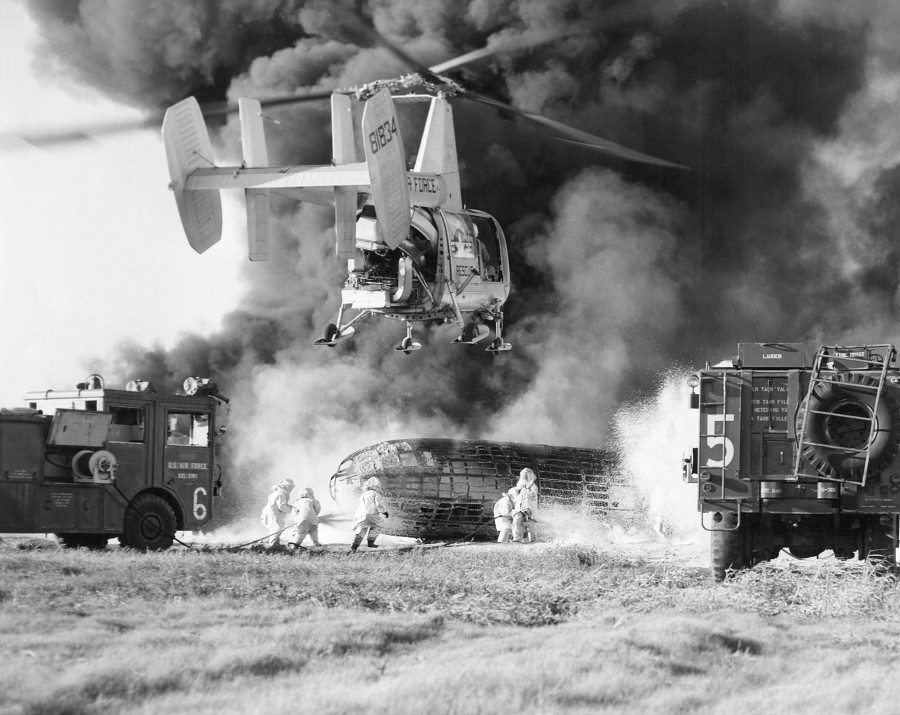 HONORED BY KAC Latest pilots to receive desk set awards from Kaman Aircraft for logging 1000 hours in helicopters produced by the company are: 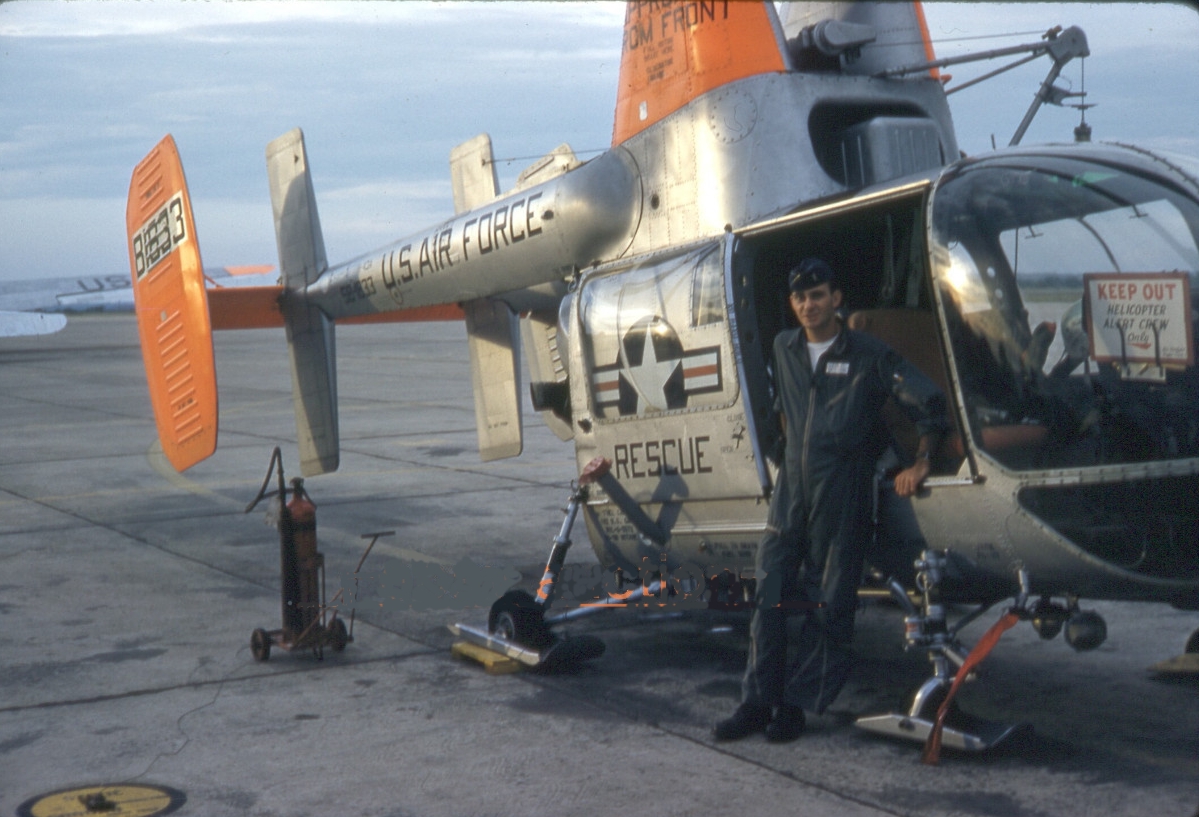 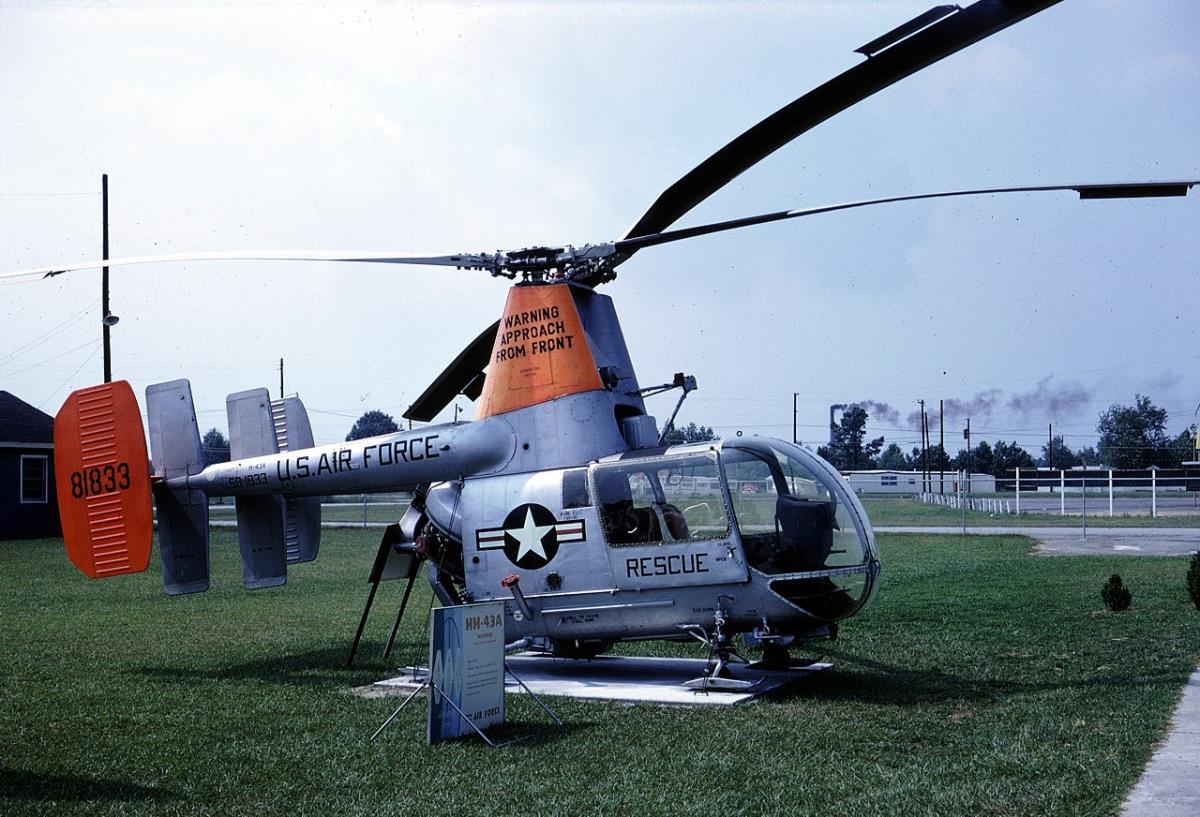